Emojis and the Courts 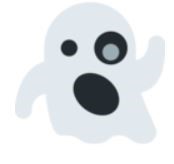 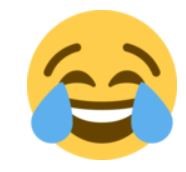 The court, for the first time, is considering the defamatory potential of emojis.

Burrows v Houda [2020] NSWDC 485 involves a suit in defamation levied against a twitter user, for comments made in his twitter posts about the plaintiff.

When linking to an article about Ms Burrows, the defendant made a comment about her referral by a judge for possible disciplinary action. Later within the same feed, when asked by another user:

“But what happened to her since?”

The defendant responded with a “zipper-mouth face” emoji, like the one reproduced above.

Ms Burrows has brought a claim in the District Court for defamation, alleging these matters convey defamatory imputations. For the nation’s first, a court is being asked to rule on the meaning of an emoji, and its capacity to convey defamatory meaning. This case demonstrates how the courts must learn to “catch up” with modern forms of communications.

At Willis & Bowring we can assist with defamation claims, large or small.

Matthew was a young man employed by a child care centre. The case concerns a single email from the centre’s owner to parents whose children attended the centre:

Matt – while good with the children in general, Matt was not truthful with us regarding his studies and some other issues, and I felt it was better for him to move on and possibly gain a bit more life experience. We wish him well with his future.

Matthew sued his former employer in the District Court, alleging the email contained defamatory imputations, among which were that he was dishonest, and that he was fired for disciplinary reasons. Matthew was successful in the District Court and was awarded $237,970.22, the court citing the harm caused to Matthew’s reputation, and future career prospects.

On appeal to the Court of Appeal, the childcare centre succeeded on two counts:

Qualified privilege is a defence to a claim in defamation.

If a defamatory statement is made in circumstances where there is a “privileged occasion”, and if that statement is “sufficiently connected” to that occasion, the statement is protected by qualified privilege unless motivated by malice.

A privileged occasion can exist where there is reciprocity of duty and interest. For example, a childcare centre has a duty to inform parents with up to date information as to the identity of staff working at the centre. Likewise, parents hold an interest in knowing that the staff at the centre are suitably qualified to supervise their children, as well as knowing if a staff member is no longer working there.

Having identified the privileged occasion, the court went on to consider whether the statements were sufficiently connected to the occasion. It was relevant for parents to know the reason why an employee, who once took care of their children, was no longer working at the centre. A defence of qualified privilege will be overcome if the defamatory statements were made with malice.

The court made it clear that malice is a high bar to meet. There must be an improper motive that actuated the making of the statement. That bar was not met in this case. As a result, the childcare centre successfully obtained a finding that the defence of qualified privilege was established. This was enough for the childcare centre to succeed, but the court went on to consider the quantum of damages awarded.

The court took the opportunity to say that there is an issue in New South Wales with how the courts approach damages in defamation cases. The court said it would have slashed the quantum awarded to $40,000.00.

This is not the first time an award of damages for defamation was slashed on appeal. The same happened in Murray v Raynor [2019] NSWCA 274, where the same judge sitting on Court of Appeal commented that he would have reduced the award of $120,000.00 to $25,000.00.

It is expected to see the courts will begin to moderate their assessments of damages in line with KSMC Holdings. This has already begun with Matthews v Pigram [2020] NSWDC 526, where a District Court judge cited KSMC Holdings’ warnings about assessing damages excessively.

Significant changes to the Defamation Act 2005 were introduced on 11 August 2020.

The likely effect of these changes is a reduction in frivolous claims, as well as a reduction in defamation suits in general. A cited purpose of the amendments by its drafters is “to relieve undue limits on freedom of expression.”